The ALMS Countdown app displays a countdown to the next American Le Mans Series race, the name of the race and the television network carrying the race. On the flip side all of the races for the 2010 season are listed, and tapping on one of them will go to the website for that track. 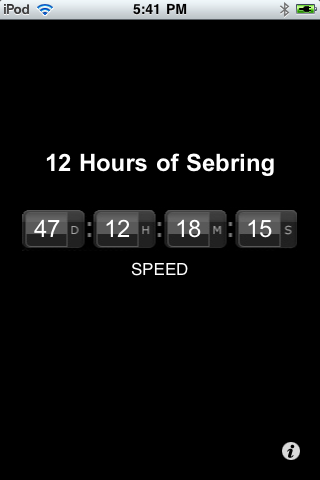 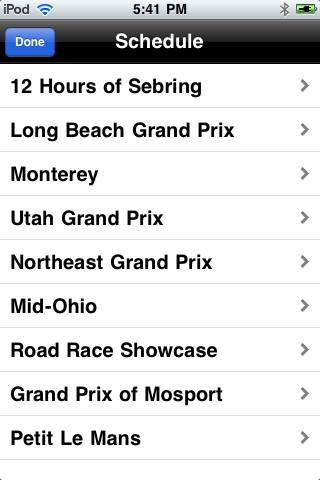